Join us for 7 nights aboard AmaWaterways, AmaViola on the Melodies of the Danube river cruise with guest speaker Rev. Jaime Clark-Soles starting at $3698* from Budapest, Hungary, on October 27, 2023. Journey along the Danube and see firsthand why this storied river has inspired generations of artists, poets, and musicians. Indulge your passion for timeless architecture and art in four magnificent capitals: Budapest, Bratislava, Vienna, and Prague. Let the hills come alive with the sounds of music in Salzburg and the Austrian Lake District. Cruise through the enchanting Strudengau Valley and let the melodies of the Danube carry you from one gem to another on a regal journey through time.

Does not include International Airfare, Port Taxes, Transfers & Onboard Gratuities.

Purchase international Airfare through EO, Includes Fuel Surcharges and Taxes (subject to change)
To fly from a city near you, call 1-800-247-0017, X590, or register online at www.eo.travel
See attached brochure for Special Airfare Pricing from Select Cities* 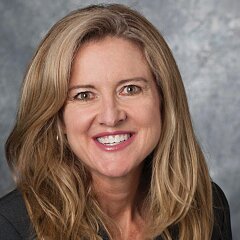 Depart the USA on your overnight flight to Budapest.

Arrive in Budapest and board your luxurious river cruise ship. Greet your fellow passengers and enjoy a welcome dinner. (D)

Home to several UNESCO World Heritage Sites, including the Buda Castle quarter in Castle Hill and Heroes’ Square, Budapest offers an unmatched combination of culture, tradition and even a secret labyrinth of caves and caverns under the city. Your city tour begins with a visit to the vibrant Great Market Hall brimming with vendors selling everything from food to souvenirs. The remainder of this tour takes you to both the Buda (hilly) and the Pest (flat) sides of the river (B, L, D).

Host to the crowning ceremonies of 11 Hungarian kings and queens between 1536 and 1830, Bratislava certainly has earned the title “Coronation City of Kings” as you’ll discover during your walking tour. Or join a culinary host to sample traditional Slovakian specialties, as well as learn how to prepare stuffed potato ravioli with an opportunity to taste your own creation. For a more active adventure, hike up to Bratislava Castle, offering magnificent views of the city. (B,L,D)

The “City of Waltzes” offers a treasure trove of gems and you have two ways to discover them. Join a city tour showcasing its regal splendors, including the majestic opera house and the former Imperial Palace of the Habsburgs before concluding in Vienna’s historic city center, a UNESCO World Heritage Site, and then visit St. Stephen’s Cathedral. Or, for a more active exploration of the area, take a guided bike ride along the Danube. During the afternoon, you can enjoy leisure time or pedal your way to Klosterneuburg Monastery on a guided cycling tour. (B,L,D)

After reaching Weissenkirchen in the heart of the Wachau Valley, you’ll be treated to several choices of excursions. Discover the best of both Dürnstein and Melk with a walking tour in Dürnstein before visiting the UNESCO-designated Melk Abbey. You can also opt for a walking tour of Weissenkirchen followed by a visit to the abbey. For those who would like a more culinaryfocused experience, join a walking tour in Dürnstein and then be treated to a wine tasting hosted by a local vintner as well as visit a local boutique, where you’ll enjoy a tasting of special apricot treats. Prefer more active adventures? Join a guided bike tour to Melk. Later in the day, set sail through the scenic Strudengau Valley to the medieval riverside town of Grein. Be treated to an exclusive visit to the more than 500-year-old Greinburg Castle, looming regally above the village. While here, enjoy a folklore show along with a wine reception. (B,L,D)

The ship arrives in Linz, where you’ll have several choices of excursions. Opt for a full-day excursion to Salzburg, where you’ll tour the historic center, Mirabell Gardens, Residenz Square and the Old Market. En route to Salzburg, stop at Mondsee, home of the famed Basilica St. Michael and site of the wedding scene in “The Sound of Music.” Alternatively, you can join a morning walking tour through the old city center of Linz and by the Mozart House; or go on a guided bike tour along the city’s famed “Culture Mile” and the Danube. During the afternoon, you have three more options of excursions. Choose a halfday excursion to Salzburg or take a scenic drive through the beautiful Austrian Lake District with a stop in St. Wolfgang. You can also choose to visit the charming mountain town, Český Krumlov, located just over the Czech-Austrian border. (B,L,D)

Discover the 2,000-year-old city of Passau in one of three ways. Enjoy a walking tour and marvel at Gothic and Italian Baroque architecture and St. Stephen’s Cathedral. Guests looking for a more active morning can choose between a guided bike tour along the Danube River, or a guided hike up to the Veste Oberhaus Fortress. Later, the ship cruises to Vilshofen, where you will be treated to a festive Oktoberfest celebration with local beer, Bavarian folk music and dancing—an AmaWaterways exclusive. (B,L,D)

This morning, disembark your ship in Vilshofen. (B)

OCTOBER 25: DEPART THE USA
Depart the USA on your overnight flight to Budapest.

OCTOBER 26: BUDAPEST, HUNGARY
Arrive in Budapest and transfer to your hotel.

OCTOBER 27: BUDAPEST
Once the co-capital of the Austro-Hungarian empire (along with Vienna), Budapest is one of Europe’s most regal and storied cities—and many of its most iconic sights can be seen right off the banks of the Danube. Today’s tour takes you to another side of Budapest to the Jewish Quarter, where there are some real treasures. The Great Synagogue, the largest Synagogue in Europe and the second largest in the world, located in Dohány Street represents the beating heart of this quarter. Other prominent attractions include the Holocaust Memorial, a weeping willow tree with the names of Hungarian Jews killed during the Holocaust inscribed on each leaf, and the Shoes on the Danube, a memorial to the Budapest Jews who were shot by Arrow Cross militiamen between 1944 and 1945. (B)

OCTOBER 28: BUDAPEST – EMBARKATION
Check out of your hotel to board your luxurious ship. Greet your fellow passengers and enjoy a welcome dinner. (B,D)

NOVEMBER 4: VILSHOFEN – DISEMBARKATION – REGENSBURG – PRAGUE, CZECH REPUBLIC
Depart the ship and drive through the countryside to Regensburg, one of Germany’s best-preserved medieval cities, which you’ll discover on a guided walking tour showcasing the city’s architectural highlights, including the Old Town Hall and the Porta Praetoria. After touring Regensburg, continue your journey on to Prague. (B)

NOVEMBER 5: PRAGUE
Discover Prague with a choice of a city tour or a castle hike. Both will reveal why Prague is considered one of Europe’s most attractive cities, with a historic city center that’s recognized as a UNESCO World Heritage Site. See all the key highlights, including the National Museum, Wenceslas Square, the 1,000 year-old Prague Castle and Old Market Square, where you will find the famous Astronomical Clock. (B)

NOVEMBER 6: PRAGUE
Beer has a long and illustrious history in the Czech Republic with the first brewery known to have existed in 993. Pilsner Urquell was created in 1842, being the first pilsner ever made, whilst Budweiser came into being in the city of Budweis. Beer is a core part of the country’s national identity, so much so the Czechs are the biggest consumers of beer in the world. The country is home to more than 100 breweries with a combination of big names and micro establishments offering a huge range of styles, so join a Czech beer tasting and discover for yourself what makes the Czech’s beer some of the very best in the world. (B)

NOVEMBER 7: DEPART PRAGUE
Bid farewell to Prague and prepare for your homeward flight. (B)