Join us along with Guest Speaker  on a 9 day Paris & Normandy Cruise aboard AmaWaterways AmaLyra, starting at $3,798* departing on October 26, 2022. Journey to places such as Paris, Normandy Beaches, Rouen, Vernon, Conflans, and much more! 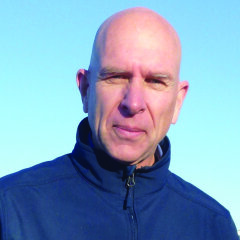 Board your overnight flight to France.

There are several different choices of excursions, both during the morning and afternoon, depending on your interests. You can choose between an excursion to the seaside town of Honfleur, renowned for its picturesque harbor, and for being an inspirational site for Impressionist painters; or enjoy a full-day excursion that includes Honfleur and the delicious Pays d’Auge region of Normandy, where apple cider, calvados and pommeau outrank French wine. Enjoy a country drive through Beaumont-en-Auge and Pont l’Eveque, and afterwards, be treated to a cheese and Calvados tasting. During the afternoon, you can join a city tour of the UNESCO-designated Le Havre. Alternatively, you have the choice of a bike tour through Le Havre. (B,L,D)

Spend the morning enjoying medieval Rouen with a choice of several excursions. Join a walking tour past the imposing Notre Dame Cathedral, painted numerous times by Monet, and see the square where Joan of Arc was martyred, as well as the Medieval Quarter and Great Clock. You also have the choice to explore Lyons-la-Forêt, built on the site of a former fortress and featuring remarkable centuries-old architecture; go on the “Tastes of Normandy” tour, where you’ll be treated to the delicious flavors of the region, including chocolate, macaron, Norman cheese and cider; or get active by going on a guided bike tour. (B,L,D)

Travel to Auberge Ravoux in the heart of Auvers-sur-Oise, the last home of artist Vincent van Gogh. His spirit still lingers in his former attic rooms at the Ravoux Inn. The mere 70 days Van Gogh spent in Auvers-sur-Oise were astonishingly prolific as he painted more than 70 works here before his death. Or enjoy the exquisite architecture of the Chateau Saint-Germain-en-Laye, along with its museum and gardens. If you prefer something more active, strap on your helmet and pedal around the city of Conflans. Later in the day, relax on the Sun Deck or on your balcony as the ship takes a scenic cruise on its way to Paris. (B,L,D)

OCTOBER 24: DEPART USA
Board your overnight flight to Paris.
OCTOBER 25: PARIS
Arrive in Paris and check-in to your hotel.
OCTOBER 26: PARIS
Enjoy a morning tour of Paris, taking in all its iconic sites. Later in the day, visit Montmartre, long known as the city’s premier artist’s enclave. During the mid to late 1800s, artists also began calling Montmartre home. Pissarro and Jongkind were two of the first to live there, followed by other notable artists, including Edgar Degas, Henri Matisse, Toulouse- Lautrec, Pierre-Auguste Renoir and Pablo Picasso. For easy access to Montmartre, hop aboard the funicular railroad that ascends the hill. Montmartre’s most recognizable landmark is the Basilica du Sacré- Coeur, constructed from 1876 to 1912. The white dome of this Roman Catholic basilica sits at the highest point in the city. (B)
OCTOBER 27: PARIS – EMBARKATION
After checking out of your hotel, visit the Atelier des Lumières where you’ll be treated to an immersive digital experience with art, sound and history displayed throughout the various rooms and walls of the formerly 18th-century steel factory building. You’ll then board the ship in Paris for your Paris & Normandy cruise. (B,D)