Join us on a 13-day Passages of the Bible Cruise with 11 nights aboard the Celebrity Apex with Guest Speaker Neal Jackson, starting at $4,898* from New York, NY departing on October 15, 2023. Journey to places such as Athens, Corinth, Galilee, Jerusalem, Bethlehem, Cairo, Ephesus, and much more! 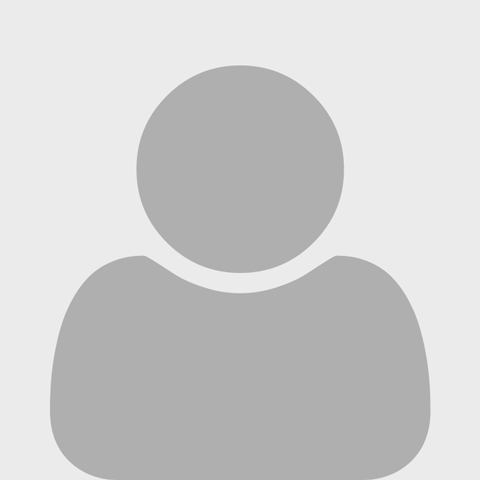 Dr. Neal Jackson can be seen across the country through the telecast of Truth for Today which is currently broadcast in over thirty million homes each week by... read more

Your Journey of a Lifetime begins as you depart the USA on your international overnight flight.

You will arrive in Athens, Greece, where you will be met by our representative and transferred to the port in Piraeus to board the Celebrity Apex.

Venture inland to the Sea of Galilee to stand on the Mount of Beatitudes, where Jesus preached (Matthew 5). At Tabgha, the traditional location of the feeding of 5,000, you will visit the Church of the Loaves and Fish (Luke 9). On the shores of the Sea of Galilee is the Chapel of the Primacy of St. Peter, where three times Peter professed his devotion to the risen Christ (John 21) From there, travel to Capernaum, where Jesus called Peter, Andrew, James, John (Matt. 4) and later Matthew to be disciples.

While docked in Ashdod, explore Bethlehem, where you will discover the cave revered as the place where Jesus was born (Matt. 1; Luke 2). The Church of the Nativity constructed over the site is the oldest functioning church. Journey to Jerusalem to see Caiphas’ House, where Jesus was tried before the Sanhedrin. Stand upon the Mount of Olives and view the city as Jesus did. See the ancient olive trees of the Garden of Gethsemane. Wander the Old City to view the Pool of Bethesda and walk along the Via Dolorosa. Step inside the Church of the Holy Sepluchre, built over the sites of the crucifixion and the resurrection.

Explore the Museum of Egyptian Antiquities, home to an extensive collection of ancient Egyptian antiquities. It contains 120,000 artifacts! Then, head to the Pyramids of Giza, one of the only existing Wonders of the Ancient World. Nearby, view the Great Sphinx of Giza, the largest and most well-known Sphinx.

See the sights in Egypt’s second-largest city, Alexandria. The large Jewish community that once called this area home wrote the Septuagint - a Greek translation of the Hebrew Bible. It was also home to the Great Library of Alexandria, which once held one of the most extensive collections of ancient texts. Make your way through Alexandria’s side streets to the catacombs consisting of three burial chamber levels. Visit Pompey’s Pillar, the largest triumphal column and the only known free-standing column of Roman Egypt. The amphitheater of Alexandria is one of the city’s most distinguished highlights and is set within view of many modern structures. Glimpse the Citadel of Qaitbay, a 15th-century fortress situated on the northern tip of Pharos Island. Then, enjoy leisure time exploring this legendary city on your own.

Ephesus is one of the Seven Churches of Revelation and was once a bustling port town with wide, colonnade-bordered streets and a population of 250,000. Spectacular excavations have revealed much of the glory of ancient Ephesus, including the huge agora and library, but much has been lost. The ancient world once declared the Temple of Artemis to be one of the Seven Wonders of the World but today, only a single column remains to mark its site. View the terrace houses, also known as “the houses of the rich,” which give a true impression of the ancient lifestyle. Explore the Museum of Ephesus for an up-close look at ancient artifacts. You will have time to explore on your own and recreate some of the footsteps of Paul.

Disembark the Celebrity Apex and discover the rich architectural splendor of the ancient city of Athens as you explore the world-renowned Acropolis, the Propylaea, the Parthenon, and the Erectheum. Stand on Mars Hill as the Apostle Paul did when he proclaimed, “I found an altar with this inscription, TO THE UNKNOWN GOD. Whom, therefore, ye ignorantly worship, him declare I unto you”. Also, view the House of Parliament, the Presidential Palace, and the Tomb of the Unknown Soldier. This afternoon, tour the city of Corinth, where the Apostle Paul met fellow tentmakers Aquila and Priscilla and received a vision from the Lord saying, “I am with thee, and no man shall set on thee to hurt thee: for I have much people in this city.”  As Paul spoke, Crispus (chief ruler of the synagogue) and many others believed and were baptized, establishing the church at Corinth to whom Paul later wrote his two epistles. Discover the Archaeological Museum, marketplace, and temples. As you walk among the ruins, stand on the Bema, where the Apostle Paul stood before Gallio to face charges brought against him by the Jews.

Transfer to the airport to return home with a new understanding of the Voyages of the Bible and ministry or continue on to the optional Rome Post-Tour.

October 12 - Fly to Cappadocia
Arrive in Kayseri and check into your hotel for dinner and overnight.

October 13  - Cappadocia
Drive to Cappadocia and visit the Zelve Valley. As you drive through Cappadocia,  enjoy some free time at various photo stops in this magnificent landscape full of fairy chimneys. Visit the Goreme open-air museum before returning to your hotel.

October 14  - Cappadocia
You can take an optional hot air balloon ride over Cappadocia this morning for an additional fee. Fly this afternoon to Istanbul and check into your hotel for dinner and overnight.

October 15  - Istanbul
The bejeweled capital of Istanbul sits between two continents and is home to 450 mosques. You will visit the famous Blue Mosque with its six minarets and sparkling interior. You will also visit the Topkapi Palace, once home to royal Sultans. Inside, you will see the fabled jewels of the Treasury, delicate displays of Chinese porcelain in the Kitchen Quarters, and the provocative Harem Quarters. Walk through Hagia Sophia, which was the largest church in Christendom for 1,000 years, built by Justinian (532-537 A.D.). The church has 107 columns, fossil-embedded, white marble floors, and beautiful glass mosaics. Enjoy the aroma of cinnamon, cloves, thyme, and other exotic spices as you explore the Grand Bazaar. Over 4,000 shops sell everything from herbs to gold. Return to your hotel this evening for dinner and overnight.

October 12 - Arrive in Thessaloniki
Discover Thessaloniki, where Paul was accused of turning the world upside down with his preaching of Christ (Acts 17: 3-6). As you explore St. George’s Basilica, believed to be built over the synagogue where Paul preached, reflect on the two epistles the Apostle Paul wrote to the Thessalonian church here. Stroll through the Archaeological Museum and the beautiful basilicas of St. Sophia and St. Demetrios. The Church of St. Demetrios is dedicated to a distinguished Roman proconsul martyred for his Christian faith. Along the Via Egnatia stands the Galerius Arch, and you can look out over the second-largest city in Greece from the Old City Ramparts, some dating back to Roman times. Overnight in Thessaloniki.

October 13 - Amphipolis, Philippi & Neapoli
Follow in the footsteps of Paul and Silas to Amphipolis and explore the ruins of the many Christian basilicas there. In Philippi is a baptismal site commemorating where God opened the heart of Lydia (a seller of purple from Thyatira) to hear the words of Paul (Acts 16:13-15). Lydia and her household were the first Christian converts baptized on European soil. View the Roman-era crypt thought to have served as a prison for the Apostle Paul, and explore Philippi’s famous Acropolis, marketplace, the Basilica of Paul, and theater. Today’s last stop is Neapolis (Kavala), one of Greece’s most picturesque mainland ports, where Paul landed with his disciples, Timothy and Silas. See the Roman Aqueduct and Acropolis before returning to Thessaloniki for dinner and overnight. Overnight in Thessaloniki.

October 14 - Verea & Meteora
Follow the path of Paul when he fled Thessaloniki for the safety of Veria (Berea), where Jews and some honorable Greeks accepted the new faith (Act 17: 10-12). As you visit the rock forest of Meteora (“in the heavens above”) in western Thessaly, imagine the Apostle Paul walking that treacherous terrain on his missionary journey. Gaze up at the breathtaking Byzantine monasteries spectacularly perched on soaring, sheer-sided grey sandstone pillars. In the 13th century, monks sought refuge in cliffside caves before fleeing higher to build the original wooden shelters that later became these monasteries.  Overnight in Kalambaka.

October 15 - Delphi
Travel to scenic Delphi, the religious center of the ancient Greek world and marked by the conical stone called the omphalos or “navel”.  Walk the Sacra Via to the Athenian treasury, theatre, and the Temple of Apollo, where the oracle performed her prophetic rituals. As you consider the incredible amount of pagan influence just in Delphi alone, you will gain a new appreciation for the tremendous spiritual opposition the Apostle Paul faced in preaching the Gospel of Christ here. In the museum are many ancient treasures, including the fifth-century, bronzed Charioteer, so detailed you can see his eyelashes. Overnight in Athens.

October 27 - Arrive in Rome
Today, you will arrive in Rome, Italy, where you will be met by our representative and travel along the Appian Way. Step beneath the surface into the Catacombs of Callixtus, built along the Appian Way. Here, 16 popes from the 2nd through 4th centuries were interred, though they have been removed to various churches over the centuries. Check into your hotel this evening and enjoy dinner and rest.

October 28 - Vatican City & Christian Rome
Visit the Vatican, and explore its museum. Marvel at the beauty of St. Peter’s Basilica, and stand in awe of Michaelangelo’s frescoes in the Sistine Chapel. Next, on to the Basilica of Saint Paul Outside the Walls. The present structure stands over the place where Constantine built the first church, which was over Saint Paul’s grave.  The church features a portrait of every pope who has served the church. Climb the graceful Spanish Steps and stop at the famous Trevi Fountain before returning to your hotel this evening.

October 29 - Ancient Rome
Discover the history woven throughout Rome with visits to the Colosseum, the Pantheon, the Forum, Circus Maximus, the Arch of Titus, the Baths of Caracalla, and the Arch of Constantine today.

October 30 - Return to the USA