Join Ben & Ann Witherington on this Cradle of Christianity tour in Turkey. This tour departs on May 18, 2021 and returns on May 31, 2021. On this tour you will see sites like Istanbul, Ephesus, Cappadocia and many more! This tour starts at $4,448* from New York.

*All prices reflect the 4% cash discount.

**See brochure for more information concerning how to purchase a Turkey Visa. 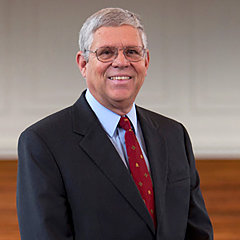 Depart the US on your international flight to Istanbul.

Arrive in Istanbul and begin your tour by exploring Hagia Sophia, the former Greek Orthodox Christian cathedral, later an Ottoman imperial mosque, and now a spectacular museum. Built in AD 537, it was famous for its massive dome. Known as the Blue Mosque because of the beautiful blue tiles, the Sultan Ahmed Mosque remains a functioning house of prayer to this day; you’ll notice the culmination of two centuries’ worth of architecture, Ottoman and Byzantine. Be prepared to take your shoes off and wear mosque-appropriate clothing when entering. Then walk through history, thousands of years old, when you come to the Istanbul Archaeology Museums, a cluster of three museums that house approximately one million artifacts, including the tomb of Alexander the Great and the Kadesh Treaty.

Continue your time in Istanbul with a visit to Chora Church, originally built right outside the city walls of ancient Constantinople. Today Chora Church is one of the most remarkable remnants of the Byzantine Empire with exquisite mosaics depicting the infancy of Christ, miracles of Christ, the journey of the Magi, and much more. Explore the underbelly of Istanbul within the Basilica Cistern. This massive water temple carved from the earth in 532 AD holds busts of Medusa and the iconic Column of Tears. Enjoy a look at modern Turkish culture when you explore the Grand Turkish Bazaar, first established in 1461. Peruse intricate textiles, beautiful light fixtures, world famous carpets, aromatic herbs and spices, and much more. End the day with a boat ride on the Bosporus, a narrow strait that connects the Black Sea and the Sea of Marmara.

Take a morning flight to Izmir, which is ancient Smyrna. Before checking in to your hotel, enjoy a bus tour of Pergamum. This city, most favored of the Seven Churches of John’s Revelation, was praised for its forbearance during hard times.  As you pass through the Royal Gates, you will enter one of the great centers of classic Greek culture. You will see the foundations of the Temple of Zeus, the Temple of Athena, and the ruins of the Library which once held 200,000 parchment volumes. You will also see the remains of the Temple of Trajan, the Grand Theatre, the Gymnasium, and the Health Center (Aesclepion).

Travel south to Selcuk and tour Ephesus, where the apostle Paul spent three years of his ministry. Visit the Agora and the Library. Stroll through the great theater where Paul witnessed faithfully for Christ. Not far away is the stadium where chariot races took place and gladiatorial combats were held. View the terrace houses, also known as the “houses of the rich,” which give a true impression of ancient lifestyle. Travel to the Basilica of St. John, believed to be built over the remains of the Apostle John. Modeled after the now lost Church of the Holy Apostles, this basilica was originally built in the 6th century, during the reign of Emperor Justinian I. Enjoy a visit to an authentic Turkish carpet factory before making your way to your hotel in Kusadasi.

Journey north to tour Sardis, the ancient capital of the Lydian empire. This city was a central location for trade and was exhorted to wake up and be strong by John in his Revelation. You will be impressed by the massive scale of the Temple of Artemis, by the white marble Royal Road, by the gymnasium and by the synagogue. Continue to Aphrodisias, built around the Temple of Aphrodite. This UNESCO World Heritage Site, founded as a city-state in the early 2nd century BC, portrays its cosmopolitan social structure, with inscriptions from Greek, Roman, Carian, Pagan, Jewish, and Christian cultures found among the site’s 2,000 surviving inscriptions. Then travel to Denizli to check in to your hotel.

Laodicea, home of the “lukewarm” Christians, has many acres of ruins to see, including the stadium and columned streets. Continue on to Hierapolis, known for its hot mineral springs and some of the best-preserved Roman ruins in Asia Minor. Christianity came to Hierapolis via Paul. Today, you will visit the area known as Pamukkale, which means “Cotton Castle,” inspired by the ivory web of cascading limestone-laden thermal pools. Overnight in Denizli.

Make your way to Cappadocia, famous for Uchisar Castle, a tall volcanic rock outcrop and one the region’s most prominent landmarks. With Bronze Age homes carved into valley walls by cave dwellers which were later used as refuges by early Christians, Cappadocia is packed with exotic history. Overnight in Göreme.

Awake before dawn for a sunrise hot-air balloon ride over a rocky wonderland (optional, additional charge). In the afternoon explore the Open Air Museum of the Göreme Valley. This UNESCO World Heritage Site is a fascinating study of natural phenomena combined with church history. The “fairy chimneys” and rock-cut churches resemble a vast monastic complex complete with beautiful frescoes that have retained their vibrant colors.

Get an up-close look at the vast tunnel systems and amazing architectural engineering of the ancient peoples when you tour the underground cave churches in Kaymakli. Explore 4 of the 8 levels that were fashioned and learn about how the modern locals still utilize these amazing tunnels. Then travel to your hotel in Konya.

Tour the ancient city of Iconium, now modern Konya. Iconium was one of the principal cities in the Roman province of Galatia and on the main trade route from Ephesus to Syria. Paul and Barnabas, after being forced to leave Antioch, preached in the city and synagogue of Iconium and led many Jews and Greeks to believe in Christ. Then you may choose to enjoy  an evening full of local cultural importance watching the Whirling Dervishes in Caravanserai display a religious act of meditative dance meant to enlighten and inspire (optional, additional charge).

Drive south, skirting the Aegean Sea, to arrive at Antalya, a resort city with a yacht-filled Old Harbor and beaches. Gateway to the “Turquoise Coast”, this region holds remnants from its ancient port days, including Hadrian’s Gate and Hidirlik Tower. Then enjoy the day touring Perga and Aspendos, with ruins ranging from the Hellenistic era to the Roman period, including Roman Baths, Hellenistic Gates, and even an ancient stadium.

Stroll through the Antalya Archaeological Museum. One of Turkey’s largest museums, it includes 13 exhibition halls and an open air gallery, exhibiting over 5000 works of art. As an inhabited region ever since the Paleolithic Age, the Antalya Museum offers thousands of years’ worth of history for you to observe. After your time in the museum, continue exploring Antalya on your own. With mountains and beaches, shopping and history, your last day in Turkey is sure to be filled with adventure.

Return home with a better appreciation of this important biblical region.