October 13-21, 2021 – Paris always sizzles while Normandy beckons with its stunning coastline, incredible food, and artistic beauty. Harbor towns, cathedrals, monasteries, chateaus and natural beauty will inspire you like they inspired the great Impressionists. Experience the blending of passion for the good life with culture, art, architecture and timeless landscapes in Northern France. Prices start at $3,498. (See brochure for all stateroom options and prices.) Special international airfare starting at $100 from select cities.)

*Prices reflect a 4% cash discount but do not include international airfare. Special Airfare Pricing from Select Cities when you Register by December 31, 2020. See brochure or contact EO for more details. 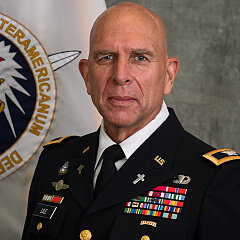 Spend the morning enjoying medieval Rouen with a choice of several excursions. Join a walking tour past the imposing Notre Dame Cathedral, painted numerous times by Monet, and see the square where Joan of Arc was martyred, as well as the Medieval Quarter and Great Clock. You also have the choice to explore Lyons-la-Forêt, built on the site of a former fortress and featuring remarkable centuries-old architecture; go on the "Tastes of Normandy" tour, where you’ll be treated to the delicious flavors of the region, including chocolate, macaron, Norman cheese and cider; or get active by going on a guided bike tour. (B,L,D)