Join guest speaker Rev. Dr. Gary Mason for a trip to Germany and the Czech Republic. You will learn about the Holocaust and anti-semitism in Eastern Europe. Prices start at $3,398* including airfare from New York. Departure is May 11, 2021. 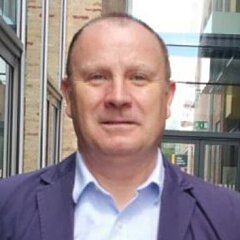 Rev. Dr. Gary Mason is a Methodist minister and directs a conflict organisation based in Belfast called "Rethinking Conflict." Prior to this, he spent 27 years... read more

Depart on your international overnight flight.

Your guide will meet you at the airport and escort you to your hotel for dinner and overnight.


Tonight’s Presentation: Our hopes and expectations for the trip.

Today you’ll walk the streets of Warsaw, home to sorrow and resilienceof the Polish people. Begin your day in the Royal Baths Park, home to the Chopin Monument. Continue on to Holy Cross Church, where the heartof Chopin rests. Walk a portion of Prozna Street, the last remnant of the Nazi Warsaw Ghetto. Stop at Maly Powstaniec (The Little Insurgent), a statue dedicated to the children who fought in the Warsaw uprising of 1944. Reflect at the Umschlagplatz, where a monument stands to remindpeople that this was the place Jews from the ghetto were herded into rail cars to be transported to the Treblinka Extermination Camp. Spend time at the Museum of Independence complex and visit the Pawiak Prison and Mausoleum of Struggle and Martyrdom. See a portion of theGhetto Wall and then finish the day at the Nozyk Synagogue, the onlysurviving pre-war Jewish house of prayer - still in use today. Return to the hotel for dinner and overnight. This evening, a discussion of post-war Poland - Communist and independent state, will focus on the people’s movement to bring independence and social justice to the country.

Tonight’s Presentation: A brief presentation on anti-semitism and Hosea’s critique on the mystique of violence.

This morning, you’ll depart Warsaw. Walk the grounds of Auschwitz, thelargest of the Nazi concentration camps, established in German occupied Poland. It is estimated that close to 1.1 million people were killed here, about 90 percent of whom were from almost every country in Europe. Then travel through the Polish countryside to Krakow, where you will check in to your hotel for dinner and overnight.

Tonight’s Presentation: Reflections on a day at Auschwitz

Begin your day with a walk down a portion of the Royal Way to WawelCastle. Once home to the rulers of Poland, the castle was also the bastionof Christianity. Pope John Paul II said his first Mass in the Crypt here, andwould later serve as the Archbishop of Krakow. Next you will explorethe Kazimierz (Jewish Quarter) for traces of their history here. Thisafternoon, you’ll visit Oskar Schindler’s factory and Museum. Return to your hotel for dinner and overnight. Tonight you’ll explore the history of passive and active resistance to racial persecution.


Tonight’s Presentation: They cried to the Lord - Rediscovering Lament.

Today you will leave Krakow behind as you travel to Ksiaz Castle andlearn about its role in the Riese Bunkers. Nazis confiscated property andused concentration camp labor to work toward a headquarters and military facility here. See the Gleiwitz Radio Tower and learn about itsplace in the beginning of World War II. Finish your day in Prague, whereyou will check in to your hotel for dinner and overnight. Tonight you willdiscuss the impact of World War II on the people of Eastern Europe andthe scars that remain today.

Tonight’s Presentation: The courage to be - nurturing moral courage in the community.

Today, enjoy a city tour of Prague. Explore one of the largest castles inthe world, Prague Castle, and St. Vitus Cathedral. Walk the streets of the Stare Misto (Old Town) with its Astronomical Clock. Visit WenceslasSquare, named for the patron saint of Bohemia. This afternoon, you’ll walk the streets of the Jewish Ghetto, whose origins date back to the 1500’s. See the Ceremonial Hall and visit one of the synagogues that is part of the Jewish Museum of Prague. Return to your hotel for dinner and overnight. Tonight learn more about the history of Jews in Eastern Europe.

Tonight’s Presentation: I can’t forgive - not yet: The life-long process of forgiveness.

Today you will learn more about the non-Jewish victims of the Third Reich. Travel to Lidice, a village where the residents were slaughtered as revenge for the assassination of Nazi General Heydrich. You’ll stop at the memorial to the murdered children of Lidice and a small museum here. Continue to Terezin, a Czech military fortress that was transformed by the Nazis into a concentration camp. Those brought here were the local populations of Czechoslovakia, Poland, Soviet Union, Yugoslavia, and Germany. It was designed to imprison those who opposed the Nazi regime, as well as Jews. Return to Prague for time to explore and shop in the city, before returning to the hotel for dinner and overnight. Tonight you’ll discuss how to apply what you’ve learned to your community when you return home.

Return to USA or Enjoy the Germany Extension

Travel to Munich from Prague this morning. Begin your tour at the Glockenspielon the Marienplatz. Pass the new Gothic Hall and visit the Hofbrauhaus, site of the first mass Nazi meeting. See the Hofgarten, and a memorial to the White Roseanti-Nazi resistance group of students. Pass the Feldherrnhalle, site of the failed Beer Hall Putsch that would lead to the arrest of Adolf Hitler in 1923. Stop at the Königsplatz, where mass rallies once took place. Then explore and shop on your own before checking in to your hotel for dinner and overnight. Tonight you’ll learnmore about the rise of Naziism and anti-Semitism in post World War I Germany.Overnight Munich

Journey to Dachau, the concentration camp left standing as a solemn reminder of the capacity for cruel inhumanity toward our fellow human beings. You’ll see the memorial to those who died at Dachau. Continue on to Nuremberg, where you can enjoy a bit of old Nuremberg in the city’s medieval old city that has been lovingly restored. You’ll visit the Reichstag Museum which houses the Documentation Centre Nazi Party Rally Grounds Exhibition.

May 21 – to Berlin / City Driving Tour – Berlin Wall Stop / Brandenburg Gate /Reichstag / Checkpoint Charlie
This morning you’ll pass through the picturesque German countryside on your way to Berlin. Enjoy a city tour that includes the Brandenburg Gate and the rebuilt Reichstag, whose transparent dome represents the open government ofthe nation. Walk a portion of the Jewish Memorial nearby. See a section of the Berlin Wall, and take a photo at Checkpoint Charlie, the infamous crossing point from East to West Berlin in the Cold War Era.

This morning you’ll travel to the villa in Wannsee, where the Nazi’s determinedtheir “Final Solution” to the Jewish problem. Today it is a Holocaust Memorial and document center. This afternoon is yours to explore and shop on your own in Berlin.

*All prices reflect a 4% cash discount
Guests taking an extension may be on a different flight than their group and/or traveling companion.