Pastor Glick has been in parish ministry of the Lutheran Church Missouri Synod for the past 48 years, during which time he served congregations in Ohio, Michigan and, for the past 31 years, in Florida. He has served on numerous boards and committees in the local, district and national levels of the LCMS, including 1 st vice-president of the Florida/Georgia District for 12 years. He also served as chairman of the Florida/Georgia District pastors conference.

Since his retirement from full time ministry in 2010, he continues to remain on staff at St. Paul Lutheran in Boca Raton in an Emeritus status where he continues to preach as needed, visits the shutins and does the Senior ministry as well as fill vacancies throughout Florida. In 2010, he and his wife entered a joint venture with their sons in opening the Glick Family Funeral Home in Boca Raton where he serves as chaplain and leads Grief Share sessions.

He and he wife, Sally, have been bless with two sons, Tim (Ashley) and Jeff (Jennifer) and seven grandchildren. He is honored and humbled to fill in for his friend, Rich Bimler, on this “Hope-full Living” cruise. 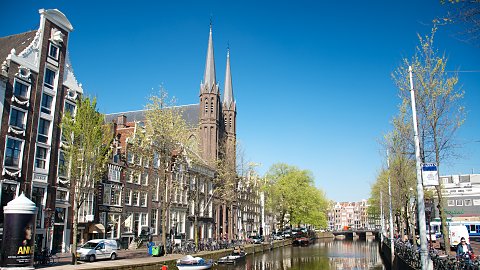 Join us for the Tulip Time Cruise 2021 with Guest Speaker Rev. Dr. Dennis Glick. You will get to see many of its fantastic cities like Hoorn, Middelburg, Rotterdam and so much more. Departure is on... View Tour
Share this